Howard Rachofsky encouraged and allowed Richard Meier to explore and experiment in this 10,000 square foot home on Preston Road. The seemingly simple, effortlessly floating stark facade belies its massive and intricate structure that gives it its grace. As you move around this architecturally significant masterpiece, the home transforms itself from soaring planes juxtaposed with vertical cylinders, to a series of massive flat squares and horizontals protruding from the plane of glass responding to the vertical slabs of granite in the rear garden, to the compelling diagonals of the interior stairs that slice through the horizontal outline of the house. 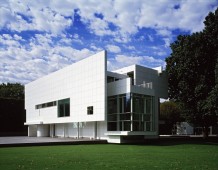 Also, you will see strong vertical elements that are lined up with the open stairs that ascend from the garden to the second floor. The shadow lines and phenomenal engineering allow the home to appear to be a series of floating planes. The home, designed as a few open rooms, gives you the sensation of dozens of rooms from the sculptural quality of the home and the many architectural views it provides. While there is great order in the home, there is no aesthetic hierarchy. Every space resonates with grace and beauty.

Howard Rachofsky had Richard Meier designed the architectural equivalent of a race car. It has the aerodynamics, engineering, grace and power to go 230 miles an hour, but one you would only take out a couple of times a month. This home, which serves as an architectural laboratory, lets the architect push his aesthetic, challenges contractors and vendors to new limits, and most of all, inspires others to imagine space, structure and light in a new way.

Read a blog article about Richard Meier and the Rachofsky House

Exterior Shots of The Rachofsky House 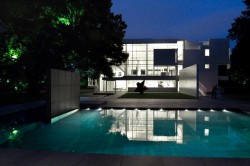 Interior Shots of The Rachofsky House 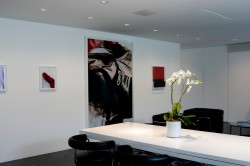 Landscape Shots of The Rachofsky House 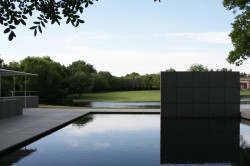