Small Houses Hidden Along the Creek

These small houses almost hidden along the creek keep capturing the affection and imagination of Dallas residents. SMU artists and academics clustered around the Gulch in a series of very modern and regionally influenced houses designed by a group of Texas architects.

Arch Swank, in the 1950s, joined his architect friends O'Neil Ford and Tod Dale in designing homes on the creek for their professor and artist pals, including Lon Tinkle, Jerry Bywaters, and the Beardens. It became known as Culture Gulch. Origianl condition and origianl families add to the importance of these delightful Mid-Century Modern Homes. 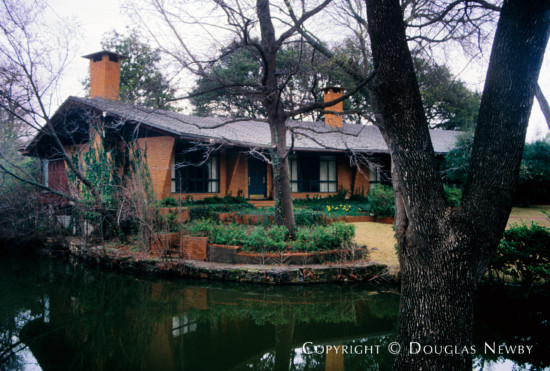