Ross Avenue was a street with house after house of individual splendor. On the edge of town, each mansion was built with the proper amount of land and magnificence to make it its own destination point. Early pictures show croquet being played on the lawns and exquisitely dressed ladies sipping lemonade on the front porches. This era combined opulence and craftsmanship as does the Alexander Mansion now owned by the Dallas Woman's Forum.

This Beaux Arts style home has bands of geometric windows and leaded glass in the front doors. The soaring ceilings have stained wood beams. There are two-story columns of granite with single bands of ornamentation, capped with carved stone. Egg and dart molding and stone guttering are also used. Built in 1906 on the most remote edge of Dallas by businessman L.H. Alexander, at a cost of $125,000, it was the setting for a glittering social life of the early twentieth century. 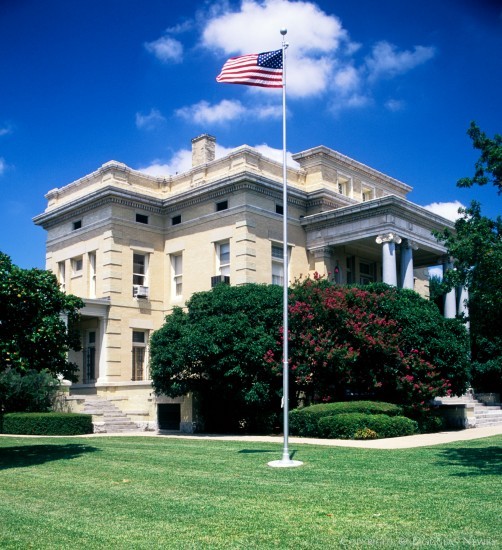