Arch Swank and O'Neil Ford designed this architecturally significant home in 1939 for the Brombergs who lived in the home for 60 years. You can see references of earlier David Williams and O'Neil Ford homes in the carvings, railings, doors, ceilings and screened-in porches with fireplaces. Originally, the home was built on several acres. The family was oblivious to sensitive land planning and sold off many acres for a suburban style 1960s cul-de-sac of builder spec homes. Fortunately, years later the family kept the remaining acres together by a deed restriction when the last of the homestead was ultimately sold at the end of the 20th century.

Thank God that is done! and I' ll take that road, Quit of my youth and you, The Roman road to Wendover by Tring and Lilly Hoo As a free man may do.

Naming their loose stone private road, that cut through the trees, went over a stream and led to a meadow, after a bittersweet poem by Rupert Brooke was consistent with the Bromberg's vibrant life filled with books and friends in the arts.

At a time when Dallas was filled with showplaces the Brombergs created a serene place. They sought out two young modern architects, O'Neil Ford and Arch Swank. Ford had recently completed his first major commission in 1937 for Mr. and Mr. T. Frank Murchison at 9 Ironwood Road in Olmos Park, a suburb of San Antonio. The raised second floor screened porch of the Murchison home reappears at Wendover as a second story screened porch with the same triple railing system. Ford and Swank had also just completed a breakthrough project for Sid Richardson in Fort Worth, a friend of the Murchisons. The thoroughly modern design of Richardson's vacation home at San Jose, an island between Aransas Bay and the Gulf of Mexico, enchanted the Brombergs. (O'Neil Ford book, page 46). 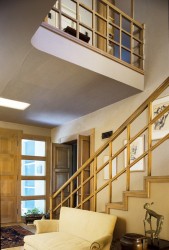 The high winds and blazing Gulf sun of this location gave Ford the excuse to build a modern home drawing on the designs of Neutra in California, Cecil O. Gorman in San Angel, Mexico City and Antonin Raymond in Japan and William Wurster who he visited in San Francisco in 1938.

O'Neil Ford had been introduced to Arch Swank by Janet Kendall after Kendall met Swank on a return voyage from Europe. Ford called Swank and had him come to San Jose island to work on the Richardson project. He provided the needed drawings to supplement the sketches Ford inspirationally, but haphazardly, drew on scraps of material found on site. (Pg. 46). 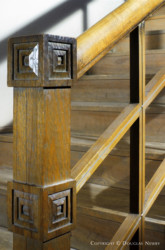 While the house they designed was decidedly modern, the approach was vintage David Williams and O'Neil Ford. All the wood in the house was mahogany beachcombed from the island. Oyster shells and beach sand were collected to make the 93,000 concrete blocks. Lynn Ford did the carving and his mother did the weaving.

In 1938 Arch Swank officially became a partner in the firm Ford Swank. By 1939 their small office was bustling with work and became the gathering place of many young architects and artists. The office became an apt pool for debutante escorts. Margaret Milam, working for the Dallas Morning News on the Society page, was often joined by O'Neil Ford at the events she was covering. They were often accompanied by Swank and their artistic friends, not only at parties, but at a local Oaklawn shrimp house to discuss philosophy, religion, art and architecture.

During this period, flush with friends and filled with confidence, Ford and Swank designed the Bromberg house in the regional modern style that Williams and Ford had been developing. It was hidden in Lakewood, a few blocks from White Rock Lake, in much the same manner as the home designed by Roscoe Dewitt and Don Barthelme for Stanley Marcus on Nonesuch Road, the whimsical name for Marcus' private road.

The hand-crafted details and the intimacy of the rooms expressed the almost primitive quality of the interior of Jerry Bywater's studio. While 3201 Wendover and 3805 McFarlin were both designed with a stairstep roofline and prominent balconies, breezeways and porches, the McFarlin home remains a stately and prominent city home while 3201 Wendover is much more discrete and modest as it utilizes the same indigenous materials and techniques. 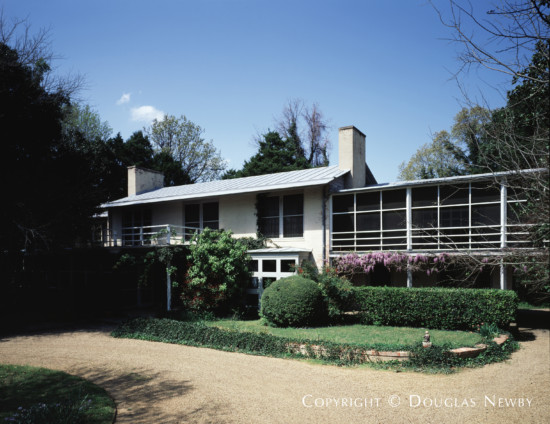