Architect Scott Specht, after he received his Master of Architecture degree from Yale University and worked in international architectural practices where he designed monumental buildings, opened offices in New York and Austin.  His elegant and thoughtful modern designs are expressed in work that ranges from micro-apartments in New York, providing a dynamic and joyful efficiency, to a villa hotel in Tulum, Mexico, that gives each residence the immediacy of Tulum - sea, jungle, birds, to a large modern home that beautifully embraces its estate lot in Preston Hollow in Dallas.  Each of these different size residences in very different locations emphasize sunlight surrounding one from many different directions, sight lines through the home and through the environment, becoming a private refuge while relating to nature and the environment, all elements that would make anyone happy in the home. 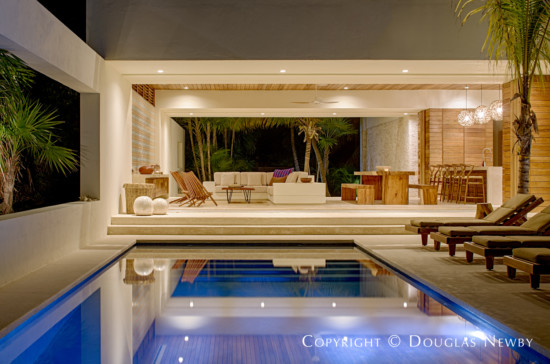 Scott Specht, AIA, of Specht Architects, named one of the “Top 100” architects in the country, continues a tradition of talented architects who have moved to Texas or have done work in Texas.  For instance, architect Howard Meyer, FAIA, after doing work in New York, came to Dallas where he did his best and memorable work, including the home he designed for Ray and Patsy Nasher in 1959, located on Miron Drive, across the street from the Dallas modern home Scott Specht designed.  In addition, around the corner from Miron, Howard Meyer also designed a home for Milton Tobian in 1956 that is on Rockbrook Drive and next door to the Eisenberg home designed by architect Harwell Hamilton Harris, one of California’s best modernists who moved to Texas in the 1950s to design more spectacular work, including the Eisenberg home which he called his favorite residence and one that received an AIA Twenty-Five Year Award.

The architecture of Scott Specht draws from the classic clean lines of New York and European modernists and the desire to relate to nature, as seen in the work of California and Austin architect Harwell Hamilton Harris. 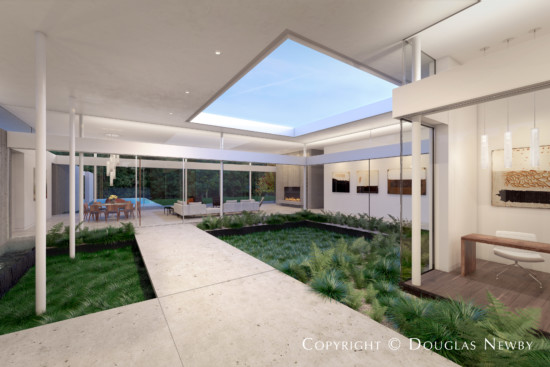 While different (one-story, not two-story) the composition of the Scott Specht-designed modern home on Miron still invokes thoughts of New York architect Edward Durrell Stone’s finest home that he built in 1957 in Dallas in the Preston Hollow neighborhood.  Like Edward Durrell Stone’s Design, architect Scott Specht’s design for the Miron modern residence also engages the entire Preston Hollow site with the modern home, its approach, courtyards and gardens.

Scott Specht provides an alluring entrance path with a channeled stream of water along a continuous poured-in-place cast concrete white wall, where on one side a vertical, intermittent, tight sequence of routed channels runs from the front of the property to the rear of the property.

A floating flat roof with stainless steel fascia painted white over a 30” ribbon of glass above the concrete walls also shelters the exterior courtyards and open interior courtyards.  Visually, interior space becomes almost indistinguishable from the exterior space.  Just as Edward Durrell Stone used walls of glazed openings, pavilions and water to merge the interior and nature, Scott Specht has used 18-foot long by 10-foot high virtually frameless windows and sliding glass panels to create a home filled with sunlight and uninterrupted views of the architecture and nature.  It may not be surprising that Edward Durrell Stone worked with one of the best landscape architects of the midcentury, Thomas Church, to design the landscape for the sequence of intersecting courtyards in the Dallas home he designed and, similarly, Scott Specht is collaborating with the national award-winning modern landscape architect David Hocker to further accentuate and announce the interior and exterior spaces of the modern home on Miron. 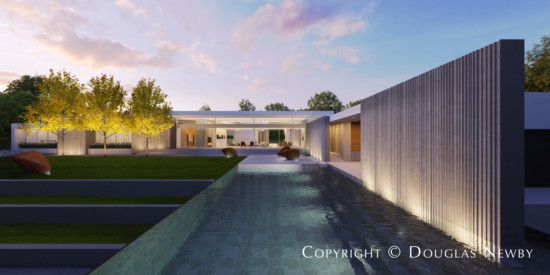 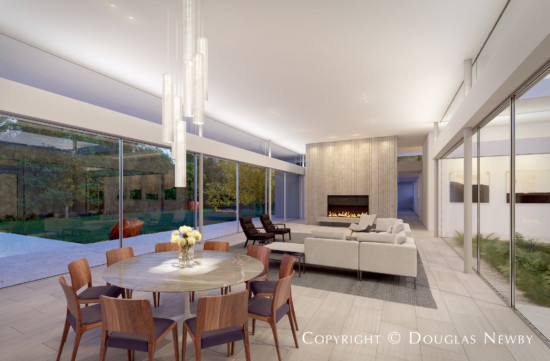 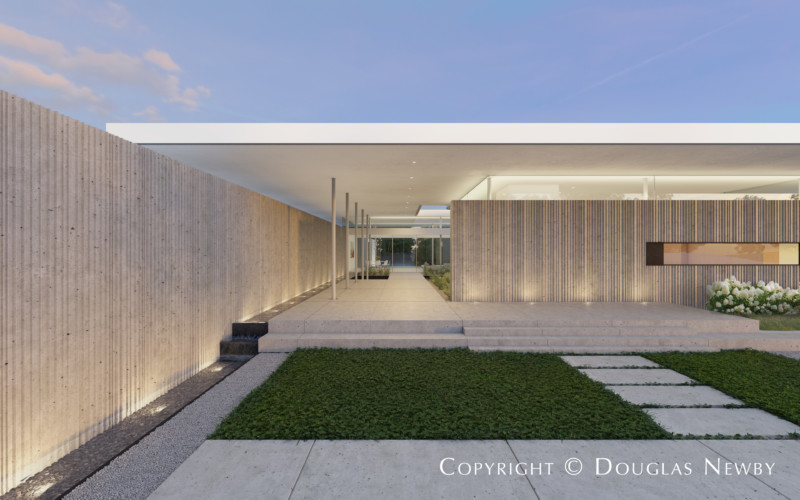 This contemporary home by Scott Specht in Dallas on Miron drive reflects a home that engages the entire Preston Hollow site, embraces nature, emphasizes openness and views with the utilization of...  See More on Dallas Modern Home 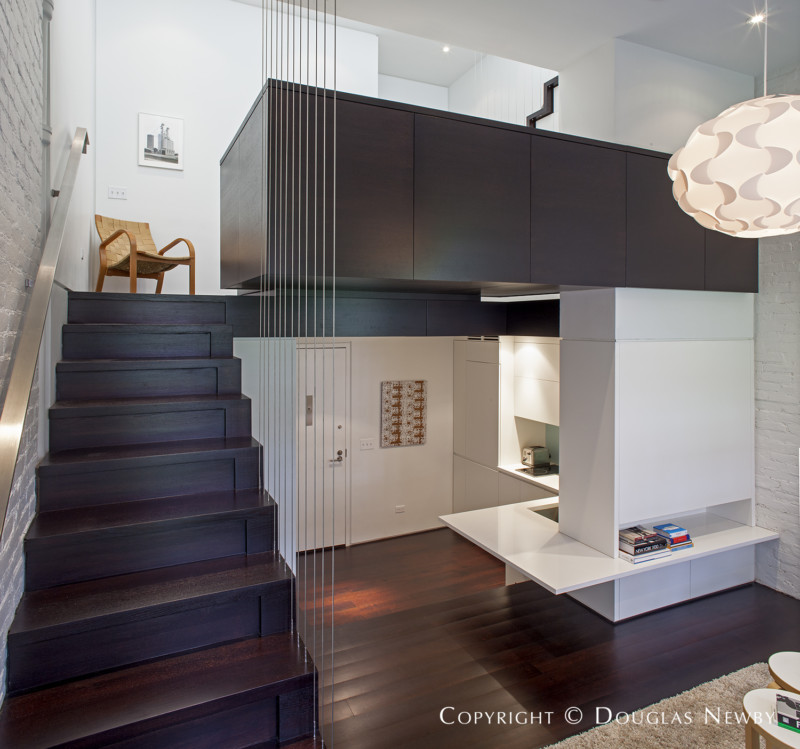 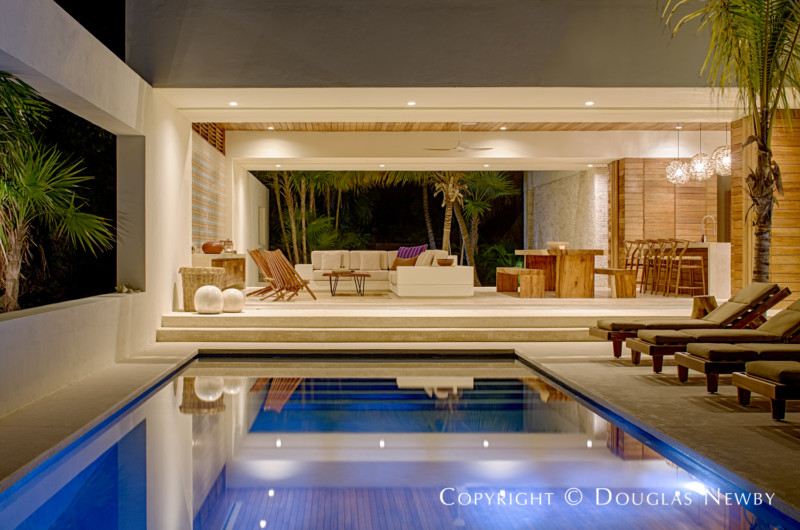