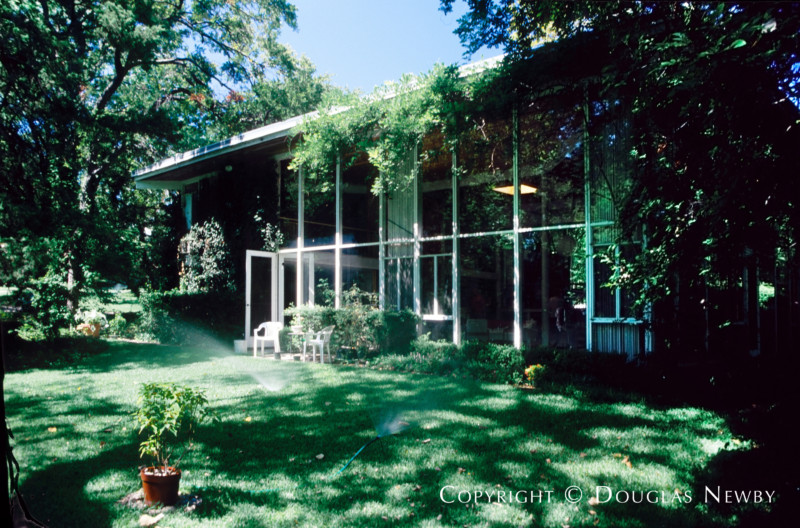 Sited on a peninsula, a footbridge leads you over the creek to the house defined by the meandering creek on three sides. Jim Wiley of the Oglesby Group designed this...  See More on 4808 Drexel Drive, Highland Park, Texas

Thoughts on the Contributions of Architect Jim Wiley

Jim Wiley was the lead designer for Bud Oglesby. As Howard Meyer began designing softer houses influenced by Frank Lloyd Wright, Jim Wiley, in 1956, designed the Kelley house at 4808 Drexel true to the influence of Walter Gropius and his Bauhaus movement, Eliot Noyse and his approach to furniture and housing and the industrial idiom. This home was designed after the war when there was a movement to build houses in assembly line manner, yet maintain a degree of individuality and personal style. Jim Wiley mentioned Carl Koch, who at MIT introduced pre-fab houses to the mass market, worked in conjunction with Westinghouse and other appliance manufacturers.