The renovation of this internationally important residence, including reclaiming the pool and floating dining room island, was completed in 2007. Comparable to Edward Durell Stone's international projects, this 1957 Park...  See More on 5243 Park Lane, Dallas, Texas 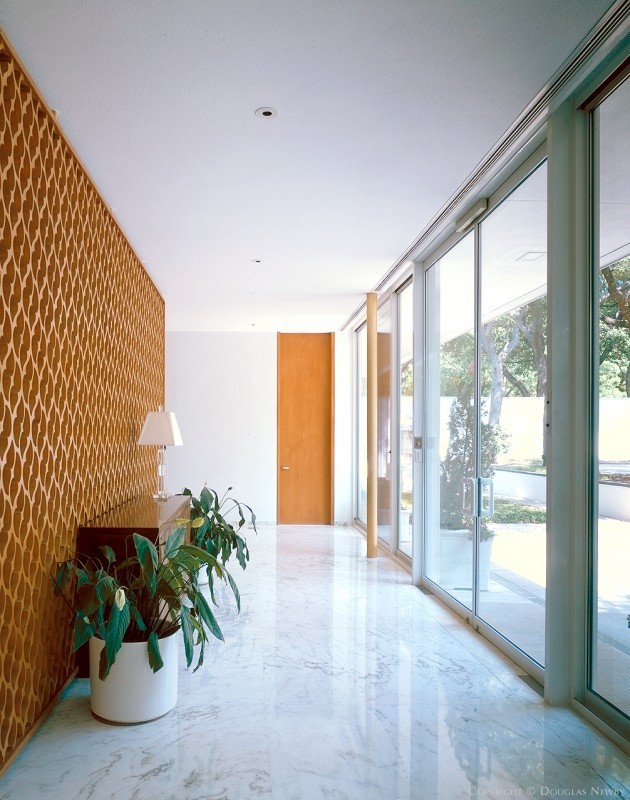 The same architect who brought international modernism to New York, designed the New York Museum of Modern Art and important buildings around the world, designed his most famous house in Dallas in...  See More on 5243 Park Lane, Dallas, Texas

Thoughts on the Contributions of Architect Edward Durell Stone

Edward Durell Stone grew up in Arkansas and followed his older brother to New York where he studied art. He became one of the most important architects in the world for his international style, sheathed in a bris soleil. His projects include the US Embassy at New Delhi, the US Pavilion for the Brussels World Fair in 1958, the Kennedy Center for the Performing Arts and his most important residence, which he designed in Dallas. This home, designed simultaneously with the US Embassy at New Deli, can be found at Park Lane and Meadowbrook.